Profiles in Coffee Flavor and Culture 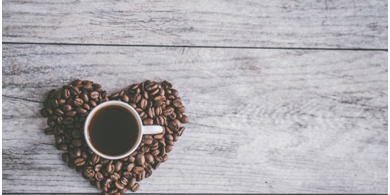 The Coffee in Your Cup is a Portal to its Origin. Let’s visit Brazil.

These days, our agricultural products can seem to magically appear on the shelves, on your plate, or in your cup, but we can improve our appreciation if we get know the journey they take to reach you. Coffee, like wine, tells a rich story, due to the variety of origins and roasts. In addition, the industry has developed a strong network of organic, family-owned, fair-trade businesses. Yet coffee only grows in the tropics, so most of us can’t visit our local coffee growers at the farmer’s market.

So let’s take a journey down to Brazil to meet the people and the homeland of one of Sonofresco’s coffee varieties – Brazil Cerrado.

This coffee is grown in the Cerrado Mineiro region in the state of Minas Gerais, Brazil. While not as famous as its neighboring Amazon Rainforest, the greater Cerrado is South America’s second-largest biome, a lush plateau spanning five states and 21% of Brazil’s land mass. The Cerrado rivals the Amazon in size and also biodiversity, as home to many species of plants and animals found nowhere else in the world. It is a tropical savanna with rich soil. Being high-altitude and semi-rocky, the soil drains well (helping coffee crops) during the wet season from November to March. These beans are harvested between May and September, which is “winter” in the southern tropics, a cooler and drier time. They produce a smooth, chocolatey coffee flavor with no sharpness or acidity.

In this region, coffee growers cultivate a variety of the Arabica tree called Catuaí, a hybrid of Typica and Bourbon trees (both originally from to the Middle East) that was developed in 1949 in the Brazilian city of Campinas. At that time, the coffee industry was beginning to boom in Brazil and other tropical-climate countries. It is an extremely important part of the economy there, and has led to the formation and rapid growth of many cities since the 1950s.

You can’t know a coffee until you know the people behind its cultivation. As this region began to develop in coffee agriculture in the 1970s, family farms formed cooperatives. Today, seven distinct cooperatives form the Cerrado Coffee Growers Federation. The seven cooperatives remain independent, while the Federation represents them internationally. Together they produce over half of the coffee from the Cerrado Mineiro region.

Now let’s return to your coffee shop. Take another sip. Does it taste any different?

Get to know parts of the world one batch of coffee beans at a time. Click here to purchase Café Femenino coffee or any of our other varieties from around the world.

At Sonofresco, we don’t just have green coffee beans for sale, with a point on a map where they came from. We want you to be part of the journey, take you closer to the origin of the coffee as well as the roasting process.

This is just one of many coffee stories from around the world that make up the Sonofresco family of coffee varieties. For further information or peruse and shop our online store please visit www.Sonofresco.com or for any questions please call 866-271-7666.